He's performed numerous times at both the Just For Laughs festival in Montréal & JFL 42 in Toronto, can be heard on Sirius XM, CBC Radio One's 'Laugh Out Loud' and seen on CBC Television, having recorded multiple televised Galas for the Winnipeg Comedy Festival in 2018-19 and most recently his Anthony Anderson Gala at Just for Laughs aired this summer. 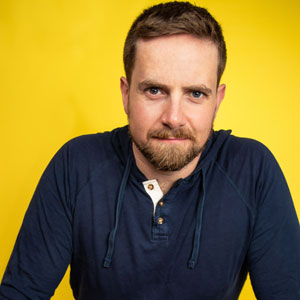 He's shared the stage with SNL Alumni Tim Meadows for 'Comedy At The Castle: Presented by Just for Laughs', headlines across the country and recently performed for hundreds of Canadian soldiers virtually during the COVID 19 crisis.