Daryn Jones is the host of the highly rated radio show "Daryn Jones Live" on KiSS 92.5FM in Toronto. He entertains and informs every afternoon with his original comedy and pop culture interviews. Daryn has welcomed the biggest names in music on his show including Halsey, Katy Perry, and Niall Horan to name a few. 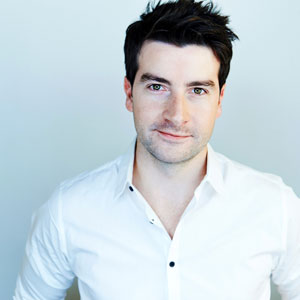 Daryn became a staple of Canadian television when he was named Star and Creative Producer of MTV Canada's flagship series MTV Live. During his six years on MTV, he had the opportunity to interview a variety of newsworthy guests including Tom Cruise, Jake Gyllenhaal, Weird Al Yankovic, Adele, and Quentin Tarantino.

Previously, Daryn was a writer and on-air contributor on The Rick Mercer Report on CBC, and he was the Star and Creator of the series BUZZ on The Comedy Network. Daryn also starred in, and produced the talk comedy series "Daryn Jones Live" for CBC.

As a comedian, Daryn tours the country regularly, and he has headlined JUST FOR LAUGHS 42 in Toronto, and THE WINNIPEG COMEDY FESTIVAL.