Tamara Shevon is a Toronto-based comic who started her comedic story-telling through wine-coloured glasses in Bejing, China. Since then, she has been blazing through the Toronto scene with her characteristic wit and her lovable ability to flirt with the boundaries of socially acceptable. 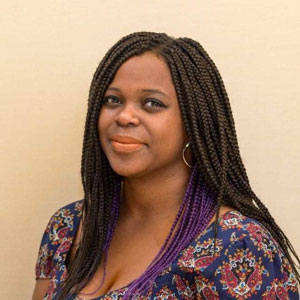 Tamara produces and hosts the very popular Sunday Best Comedy Podcast. Tamara has performed stand-up all over China, Canada, and the United States and was second runner-up in the Beijing Improv Comedy Festival. More recently, Tamara has performed at NXNE, The 420 Cannabis Festival, and JFL42.

In 2018, Tamara toured across Ontario with Shawna Edward for the Irritable & Confused Comedy Tour where she was the only black person at each stop. If this wasn't obvious enough already, Tamara wrote this bio herself which is why she sounds so awesome.